One of my favorite scuba diving spots is a shipwreck called the San Pedro. It is an old Japanese fishing trawler that Atlantis Submarines purchased in 1997 and sunk for their submarine tour. The ship has a very interesting history. Although it was a fishing trawler it also was used to transport various items. In 1975 while off the coast of the island of Hawaii there was a very bad engine fire. The crew did the best they could to put it out but they used up all the fire extinguishers. The only thing they had left were many barrels of soy sauce that they were delivering! They were able to put it out using the soy sauce and unfortunately drifted for about12 days before they were discovered by a fishing boat.
The boat was towed into Honolulu and was abandoned since it would have cost too much to fix. It spent about 20 years in Keehi lagoon and was dubbed the “Teryiaki Wreck” because of the terrible burnt soy sauce smell. In 1997 the local Hawaiian politicians decided to sink it in International waters. If something is sunk in International waters it does not have to be cleaned. Atlantis wanted one more ship wreck for their tour so they bought it for one dollar! After cleaning it up to sink it they spent $360,000.00!! It makes a great point for diving and the submarine tour. After it was sunk a storm caused the top deck to collapse and I think it will probably all collapse in about another 15 years as it is rusting away. The boat was also filled with gravel so that it would not sail away during a storm. 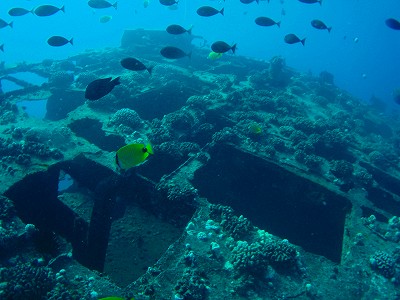 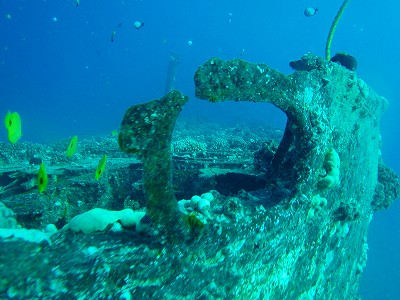 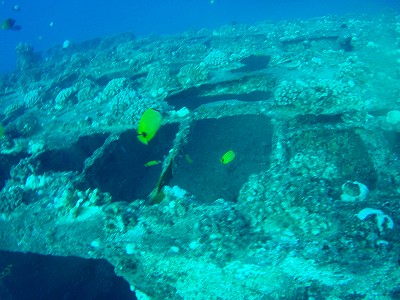 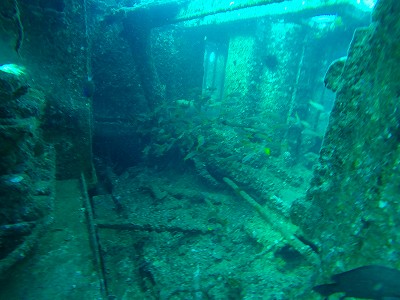 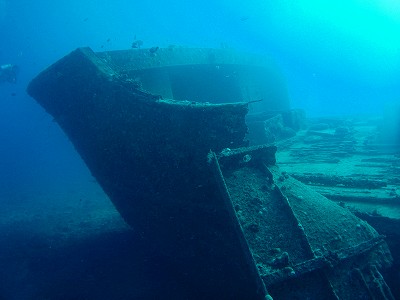 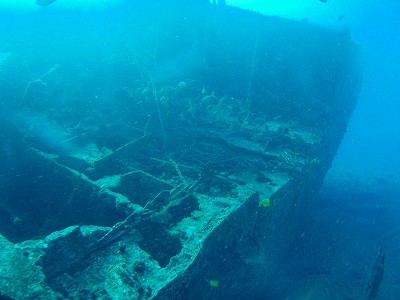 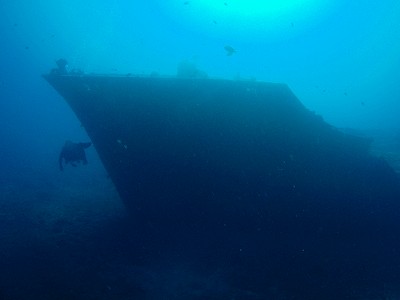 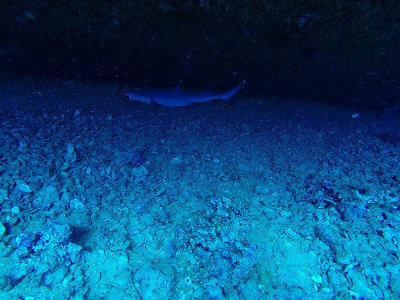